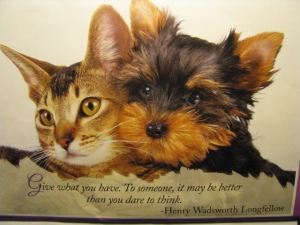 Saturn is making a 3rd sextile to my Ascendant since entering the sign of Scorpio last year, as it transits my 3rd house. Not sure when it’ll be exact as it is within 1 degree, but it’ll be soon.   And man have I been filed with tons of self-doubt about well- everything.  You’d think since this is going to be the 3rd hit and a relatively harmonious aspect that I’d have it together and not be fearful of doing-this.  Writing. Communicating in general but specifically…about astrology, since I am not an astrologer.  But we are talking about Saturn so that should not be too much of a surprise.

You see, in my natal chart Saturn and Chiron are conjunct my chart ruler Mercury retrograde in Pisces in my 7th.  Yes, my Mercury is in its detriment and it’s retrograde so most probably would say that’s double detriment…conjunct Saturn and Chiron, triple detriment.  And Saturn rules my 5th.  Great! Not only is the way I go about life full of obstacles, pain and challenges, my fun and creativity-the stress relief valve, does not flow easily either. Before I knew anything about astrology, I used to think that so imagine how I felt when I did start to learn astrology. Until I realized, I don’t see or approach the world the way most people do.  It’s definitely in a roundabout way that I manage to apply some structure to. However, it’s not in the “normal” microwave, gotta have it right now way society functions.

Recently I was looking back at the elementary school report cards I still have. Yeah, that was eons ago. lol My 2nd grade teacher wrote me up for talking too much in class and that I was a slow worker in doing my assigned work. Got in trouble with the parents so I seriously curtailed my speech from that point on, really cracked the books and tried to be invisible. After that I started getting As & Bs. That’s great and shoulda made the parents happy, right? Nope. I was then told that I only had book sense but no common sense.  What a crushing thing to hear from your parents as a 7, 8-9 year old kid.  That continued as I went through high school as well. Now this did not stop me from achieving academically (was #38 out of a graduating class of 603) but I did not do as well as I could have due to fear of really seeming like a smarty pants to my folks, mainly my mother but my father basically went along with whatever she said whenever he was home. Coupled with the fact in my culture, you were not supposed to be an intelligent female…what, how dare you?!

Water poured into my gas tank so my car can’t move.  That’s how I think of the Ascendent as your car. Why..I mean I’m your kid? Afraid I might dig around learn something I’m not supposed to know? Or get an education to learn something that might enable me to have better choices and do better than you?  Push repeat play on that mix tape of fear into my ear, ” You aren’t smart enough or have sense enough to see, think or have the skills to do anything “. Better yet, “No man is going to want you”.

But now 30 years later, it’s different…but a bit the same. Because it’s transiting Saturn, I like to look at it in the same way one looks at the Saturn return. After all Saturn in its travels around your chart will not only return to its natal position 30 years later, but will do the same to the other points/planets in your chart. Hence a new beginning or level of maturity to be expressed in this area of the chart.

Ah. I now realize that I need not fear “driving” along my path and I need not fear being who I am, which IS good enough, regardless of who likes it or not.  I’ve acquired many skills and probably discovered some that I was born with but depressed by those fearing and maybe even jealous of. How can someone younger possibly know more? Going deep, questioning, analyzing, exploring. Got lots of goodies in the bag and it ain’t no junk.

Saturn has been beneficial as well by making sure Jupiter’s expansion does not get out of hand but at the same time putting effort behind Jupiter’s ideas. Hence the launch of this blog. The thought has been on my mind for some time but honestly I was scared to do it. Heck I’m still scared. That’s one of the reasons why it takes me so long for me to do a post. Writing…and really communication for that matter do not come easy to me. Though Saturn has also helped me to put more effort into my astrology studies by putting myself out there via the World Wide Web. Still gotta discpline myself more but Saturn has given me the push to cut down some of the distractions of the 3rd house. I have Jupiter in Gemini, the sign that naturally rules this house so that also means the distraction level is even higher. Saturn is teaching, if it’s not necessary, it’ll be done at a later time or cut out all together.

Hmm,  it seems to me that the Ascendant is more than a mask. True, it’s what we present to world but I think it’s the vehicle that transports the planets in your chart around, so they can do their thang to help you grow and evolve throughout your time on this side of the earth, with the ruler(S) as the wise chauffeur.  As least that’s what I think Saturn says…;-)

It's me MsFullroller from YouTube and my blog CeraIsis, formerly named Earth Wind Fire nd Flow and my new blog Pluranian RamBull!ings.
View all posts by msfullroller »